There were 21 chefs and six mixologists from across North Carolina that competed for the titles, judged in front of a panel of industry experts based on the presentation and taste of the dish as well as the best use and number of local North Carolina ingredients on each plate. Attendees also voted for their favorite dishes and drinks to determine the People’s Choice award winners for Best Savory Dish, Best Pastry Dish and Best Specialty Cocktail. 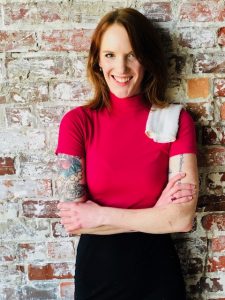 Our team is very proud to share that we have been named the 2018 North Carolina Gin Distillery of the Year by the New York International Spirits Competition.

The New York International Spirits Competition was held in April of 2018 in the heart of Manhattan. Close to 600 spirits from around the world competed in a blind tasting where top spirits buyers from around the New York metropolitan area judged the products by their category and price.

You can read a full list of category winners here.